PRESIDENT OF THE FOUNDATION 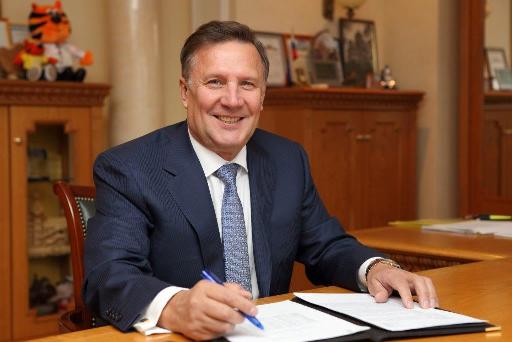 Vyacheslav Adamovich was born on March 28, 1951 in the village of Khoduly, Orsha region, Belarus in a large friendly family. As a child, Vyacheslav was fond of photography which at that time was a difficult process, he assembled his first camera himself. He was dreaming of becoming a filmmaker. When he was seventeen, he moved to Leningrad.

While waiting for the train, on the platform he found a volume by the Russian classic left by one of the passengers, opened it at random and saw the words: “Saint Petersburg is a beautiful city, but strict, don’t expect mercy from it – work, work, work…”. A quotation from the book which was seen by chance, turned out to be prophetic: the city on the Neva was in no hurry to open its arms. Registration became the main stumbling block. The son of a builder, Vyacheslav Zarenkov knew firsthand what work at a construction site was. But by the will of fate, he did not avoid this destiny himself, he took up a job as a fitter. Only working at a construction site, it was possible to get a place in a dormitory.

Having gone through all the steps from a worker to the chief technologist of the trust, Vyacheslav Zarenkov created and headed the LenSpetsSMU, Specialized Construction and Installation Association (today it is part of the Etalon Group) in 1987. The company has become one of the leading developers - about two hundred and fifty thousand people live in houses built by it.

Creative expeditions of Saint Petersburg painters to the countries in Europe are held under the auspices of the Foundation in keeping with the best traditions of the Russian philanthropy. The entity hosts foreign artists in Russia, at that - not only in Saint Petersburg, Moscow and other large cities, but also in the Russian outback. Groups of foreign masters have already managed to travel through the cities of the Golden Ring of Russia, cross the Arctic Circle and visit remote corners of Siberia, where there is no mobile connection and where they had to climb mountains, raft along taiga rivers and spend the night in tents. One of the leading activities is book publishing. With the assistance of the Creative World, several dozen books have been published, i.e., historical works, religious studies books, travel publications, albums of paintings and photographs, as well as teaching aids, popular science and children's literature, collections of poetry.

The Creative Universe Foundation releases the Forgotten Greats cycle of documentary films dedicated to talented people who have made a significant contribution to the development of industry and entrepreneurship in Russia. The paintings of this cycle tell about the fate of Pyotr Gubonin, Illarion Kutuzov, Nikolay Vereshchagin, Agrippina Abrikosova, Alexey Bobrinsky and other prominent Russians.

Recently, the long-awaited Church of the Exaltation of the Holy Cross, known colloquially as the Saviour on Kamenka, and the Church in the name of St. Blessed Xenia of St. Petersburg at Lakhtinskaya Street have opened their doors to parishioners in Saint Petersburg.

Reconstruction of the Temple of the Nativity on the Sands has been completed. This temple had been the architectural dominant and the spiritual centre of Rozhdestvenskaya Part of Saint Petersburg, before it was destructed in 1934. Moreover, the temple gave its name to ten Rozhdestvenskaya Streets, known today as Soviet Streets. Intending Crosses are installed on the territory of the temples. Approaching the cross, believers can bow and offer prayers to God.

In Cyprus, a planetarium with an interactive museum is being built near the temple of the Holy Apostle Andrew the First-Called and all the Saints who Shone in the Russian Land erected by the head of the Creative Universe Foundation. In addition to the starry sky, there will be panoramic photographs and videos taken of the most beautiful places on Earth. In the halls of the planetarium, pieces of the leading museum collections will be displayed in the form of "revived" paintings.

Here, in Nicosia, the International Festival for Greek and Slavic Arts “CypRus” is held annually and attracts guests from all over the world. Cyprus also hosts the International Jazz and Popular Music Festival with the participation of famous performers and musical groups.

For many years, the founder of the Creating World has been patronizing social institutions, building kindergartens, helping schools, hospitals, and veterans homes.

On the territory of the Orthodox Centre for Revival of Spirituality in Saint Petersburg there is a charity canteen for single retirees open every day. In order to encourage talented writers, poets, artists and sculptors, the Foundation established the annual All-Russian Art Award "Creative Universe". The Foundation holds exhibitions and workshops for youth, helps young people in choosing a profession. Children from one hundred and forty cities of our country take part in the competition of children's drawings "My Russia". Vyacheslav Zarenkov is sure that the main thing is that the result of the activity brings benefit and joy, that good deeds encourage people to make creation their life choice.

“Actually, while many people in the world are erecting walls that separate countries, we are building bridges that connect cultures”